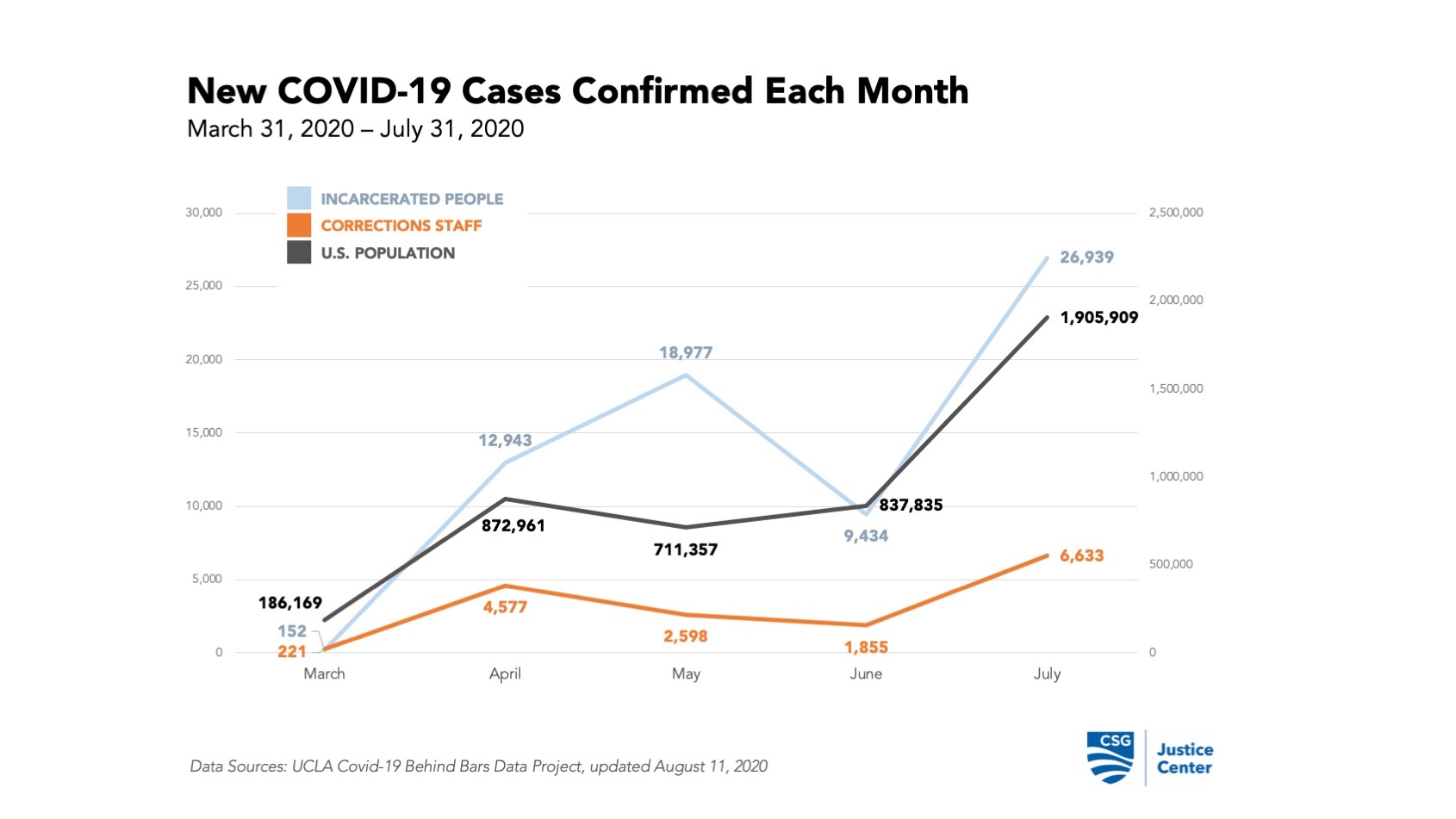 As states grapple with the coronavirus pandemic, they are adopting different responses and seeing different outcomes. This has led to peaks and valleys in the number of new cases in each state since early April.

Cases inside state prison systems tell a similar story, but more dramatically. COVID-19 cases continue to rise among incarcerated people and corrections staff who live and work in state prisons, and the trajectory largely follows that of the general population. July, in particular, was marked by a sharp increase in new COVID-19 cases, especially among people who work in state correctional facilities.

1. Various state-level shelter-in-place orders in April and May appeared to contain and curb the outbreak in state prisons for both incarcerated people and corrections staff; however, as these orders were lifted, new COVID-19 cases increased across the board.

The rate of growth in new cases among corrections staff is worrying not only because of the hardships they may face as a result, but also because as more staff get sick, they’ll potentially bring COVID-19 behind the walls. In addition, many state departments of corrections are already understaffed, and sick employees could contribute to that pressure.

3. Between July 26 and August 9, the total number of reported COVID-19 cases among people incarcerated in state prisons grew by over 17,000.