Hepatitis C Drugs Save Lives, but Sick Prisoners Aren’t Getting Them 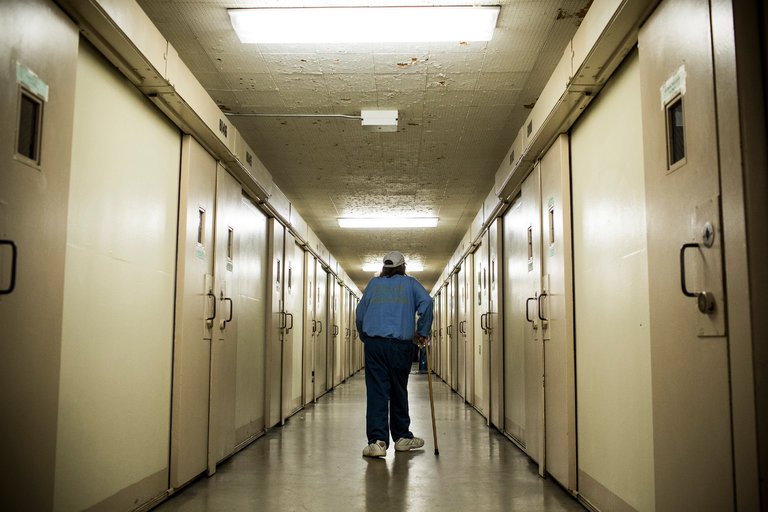 Any national campaign to eliminate hepatitis C, an insidious virus that kills tens of thousands of Americans a year, would almost certainly involve prisons.

One in seven state inmates are believed to be infected, and the regimented environment of a prison has its advantages when it comes to screening and treatment.

The problem is, the drugs that effectively cure the disease are priced in the tens of thousands of dollars — far more than prisons can pay. In 2015, state corrections departments were treating less than 1 percent of those inmates known to be infected, a survey found.

Now courts have begun ordering states to provide the drugs regardless of cost, prompting an unusual showdown over how pharmaceutical companies set prices for the treatments.

In at least nine states, prisoners have filed lawsuits arguing that withholding drugs constitutes deliberate indifference to their dire medical needs, violating a constitutional ban on cruel and unusual punishment.

Last week, Massachusetts settled a lawsuit by agreeing to give all prisoners in advanced stages of the disease access to drugs.

In November, a federal district judge in Florida was the first to order a state prison to begin treating sick inmates. The state must now provide drugs to all inmates with severe liver damage by the end of this year and those with significant damage in 2019.

“This Court will not tolerate further foot dragging,” Judge Mark E. Walker wrote. “One can only wonder how long Defendant would have kicked the can down the road had Plaintiffs not filed this case.”

Dr. Anne Spaulding, an associate professor of public health at Emory University and the former medical director of the Rhode Island Department of Corrections, called the order an unfunded mandate. “It’s an impossible situation that the prison administrators are put in,” she said. “You can’t buy something you don’t have any money for.”

Prisons would be a logical linchpin in a campaign to eliminate hepatitis C: some studies suggest that one in three Americans with the disease pass through a correctional facility in any given year.

Delaying treatment has grave consequences. A leading cause of cirrhosis and end-stage liver disease, hepatitis C wreaks irreversible but invisible damage for years; when symptoms become apparent, it is too late to treat. The disease is blood-borne and usually acquired from unsafe transfusions or injection drug use, but perhaps only half of those infected know they have it. It can also be transmitted through tattooing using nonsterile equipment.

Early therapies for hepatitis C induced fatigue and depression in many patients and cleared the infection in less than half of them. But four years ago drugmakers began to introduce new medicines that do not have the same debilitating side effects and cure nearly all patients, revolutionizing treatment.

In return, the companies demanded high prices — Gilead Science debuted the first of the new class of hepatitis C drugs, Sovaldi, at $84,000 per course of therapy — and private insurers proved willing to pay.

Competitors have driven down the price. The latest entrant, AbbVie’s Mavyret, was introduced in August 2017 at $26,400. But the treatments remain highly profitable. Manufactured for just dollars per course of treatment, Gilead’s hepatitis C drugs have brought in more than $55 billion in revenue since 2014.

Drugmakers have long defended their high prices, arguing that their business model for developing new drugs depends on being able to reap a profit from existing ones. In the case of hepatitis C, this system has yielded drugs that the most affected populations have no way to afford.

“We are harming millions of people because of allegiance to a model of innovation that constrains delivering that innovation,” said Peter Bach, a drug pricing expert who directs the Center for Health Policy and Outcomes at the Memorial Sloan Kettering Cancer Center. “That model — the central dogma of pharmaceutical development — is broken.”

As people with private insurance gained access to hepatitis C treatment, it became less defensible to withhold it from prisoners. Florida had treated just 13 inmates when the federal court intervened. More than 5,000 inmates there have been diagnosed with chronic hepatitis C, but the corrections department does not conduct proactive screening, so officials concede there are likely closer to 20,000.

The Florida Legislature has allocated $36 million to fund treatment through June 30, 2019, in a budget bill that awaits the governor’s signature. State Senator Jeff Brandes, chairman of the Appropriations Subcommittee on Criminal and Civil Justice, believes that amount will be sufficient to satisfy the court’s order to treat the sickest inmates, but it will leave thousands of others infected.

“You kind of feel like Sisyphus pushing the rock up the hill,” he said.

Left untreated, prisoners will suffer irreparable liver damage and may transmit the infection to others. While state prisons that withhold drugs may protect their own budgets, the cost will likely still fall on taxpayers once the prisoners are released and seek care through Medicaid or other avenues, said Dr. Harish Moorjani, an infectious disease specialist who oversees care for prisoners in New York State.

“You may take a short-term view, whether you are a governor or a state legislature or whatever budget authority you are, but there is a price to be paid for that,” Dr. Moorjani said.

Some states have tried to obtain drugs at lower prices by banding together for greater bargaining power and by enrolling prisoners as patients in hospitals that already get discounted drugs. These tactics have moderately reduced prices, but corrections officials say they would need to be vastly cheaper to even consider treating all eligible prisoners.

Lower prices are available — in Egypt. Once the country with the highest rate of hepatitis C in the world, it may become the first to eliminate it. Gilead allows manufacturers there to license its drugs, and the price of treatment is just $80 per patient. The country has already cured 1.6 million cases.

Gregg Alton, an executive vice president at Gilead, defended the prices the company charges in the United States. Like other drugmakers, Gilead promises its best price to state Medicaid programs, the Department of Veterans Affairs, and certain hospitals. If the company lowered the price for prisons, Mr. Alton said, it would have to further reduce it for these other entities. Giving prison health systems access to the same discounted price would require an act of Congress.

“I would love to see all the poor people in the United States have unlimited access to hepatitis C medication,” Mr. Alton said. But, he argued, states must pay for it. “They have to be accountable for providing a reasonable budget.”

Some experts worry that drug companies will become even more reluctant to reduce their prices as courts order states to treat their inmates, since it effectively prevents them from leaving the negotiating table.

In an attempt to break the impasse, the National Governors Association recently convened representatives from states and drugmakers. Louisiana brought up a little-used section of patent law that would allow the federal government to manufacture the drugs for the public interest, paying only reasonable compensation.

Participants also broached the idea of a Netflix-type model, in which states would license bulk use of drugs rather than pay per patient. They reason that drug companies might vie for the large, untapped market of state prison inmates.

Whether the idea becomes a reality is up to the drugmakers. Asked about the company’s position, a Gilead spokesman wrote in an email, “We’re open to discussing all innovative access solutions that can help patients access important therapies.”